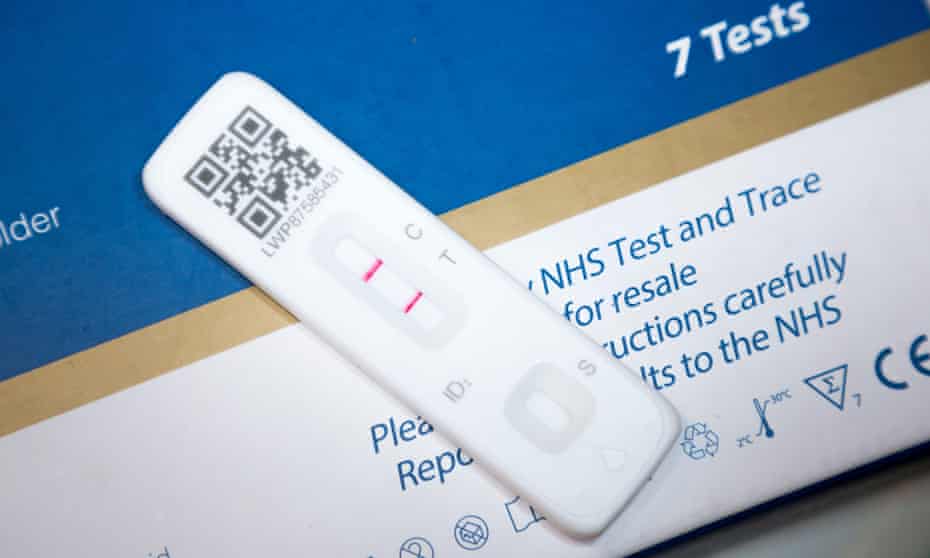 UK Covid levels rise 30% in a week to estimated 2.3m cases – The Guardian

Covid infection levels in the UK have risen by more than 30% in a week, with an estimated 2.3 million people thought to have had the disease in late June.

Figures from the Office for National Statistics (ONS) based on swabs collected from randomly selected households show that in the week ending 25 June, 1,829,100 people in the community in England are estimated to have had Covid, equating to about one in 30 and up from 1,360,600 the week before.

Increases were also seen in the rest of the UK, with an estimated one in 18 people in Scotland, one in 30 in Wales and one in 25 in Northern Ireland thought to have had Covid in the most recent week.

While still shy of the peak levels of infection seen earlier this year, when about one in 13 people in England had Covid, the estimated number of infections in the UK is the highest since late April.

Officials said the estimates reflected a rise in sub-variants of Omicron, with BA.4 and BA.5 when taken together now dominant in the UK.

“Across the UK we’ve seen a continued increase of over half a million infections, likely caused by the growth of BA.4 and BA.5 variants,” said Sarah Crofts, the head of analytical outputs for the Covid-19 Infection Survey. “This rise is seen across all ages, countries and regions of England.”

Hospitalisations involving Covid are also rising. On 30 June there were 8,928 patients with Covid in hospital in England, up from 6,401 on the previous Thursday. Data released by the UK Health Security Agency (UKHSA) on Thursday showed ICU admission rates for Covid had increased slightly, and were highest in London and in the 75-84 age group.

The increase is also seen when looking only at those patients primarily being treated for Covid, with figures from NHS England showing a rise from to 2,165 on 21 June to 2,877 on 28 June. While still lower than figures during the winter and early spring, the data suggests the recent increase in hospital cases is not only being driven by people who are in hospital for another reason but also have Covid.

Dr Mary Ramsay, the director of clinical programmes at the UKHSA, said: “It’s reassuring that 83.5% of people aged 75 and over have had a vaccine in the past six months but we urge the remaining 16.5%, as well as those living in care homes or who are clinically vulnerable, to get their spring booster for protection against serious illness. Vaccination remains the best defence against severe disease and hospitalisation.”

On Thursday Dr Susan Hopkins, the chief medical adviser at the UKHSA, said the UK was likely to be hit by another Covid wave later this year.

Speaking at an online meeting of the Royal Society of Medicine on Thursday, she said winter was never good for the healthcare system. “I think this year will be even more challenging than normal,” she said. “Our current planning assumptions are that we will see at least one wave [of Covid] in the autumn/winter period once we have got through the current wave that we’re in right now.”

Hopkins said planning was also under way for a wave of flu, noting that Australia – which is now in winter – was experiencing a bad flu season. Data from Australia suggests cases of flu in May were more than double the month’s previous record, set in 2019.

“It started earlier, and it rose very, very fast in all age groups. So we are expecting that we will see an early influenza wave,” Hopkins said. “While we normally don’t see influenza really kick off until end of November to December, that might happen as early as late September, October. And that’s what we’re planning for.”

She said guidance issued to the public on respiratory infections had been strengthened, advising that people with symptoms stay home if possible, avoid contact with others and wear a mask if leaving the home. “I think that is good practice that we’ve seen in Asian countries for many years.”

She added that good hand hygiene and other practices such as socialising outdoors were also important. “All of those things, along with vaccination, are the way we’re going to get through this difficult winter,” she said.