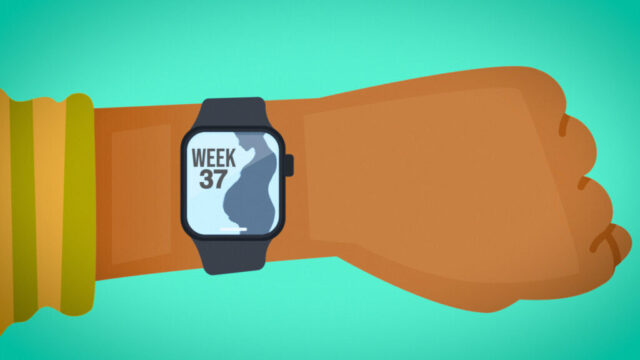 How pregnancy could prove the potential of smartwatches – STAT

You’re reading the web edition of STAT Health Tech, our guide to how tech is transforming the life sciences. Sign up to get this newsletter delivered in your inbox every Tuesday and Thursday.

How pregnancy could prove the potential of smartwatches

iPhones, smartwatches, and other consumer devices have been touted for their ability to detect disease and improve health outcomes, but the progress toward proving its value has been slow. Stephen Friend — a former executive at Merck, Apple, and Sage Bionetworks — is trying to change that with his newest organization, 4YouandMe, which has embarked on an ambitious effort to track data on roughly 1,000 pregnancies. The study is collecting a constant-stream of hundreds of measures from devices as well as regular reports about symptoms like mood and fatigue.

The hope, first and foremost, is to prove that so much data can be reliably collected. But beyond that, the researchers hope they can use some of these measures to describe the unique experience of an individual pregnancy and how much variability there is between individuals. The data might even be useful in developing better ways to predict and treat complications.

But for all the potential in pregnancy alone, it was chosen as a target of opportunity: The dramatic physical changes occurring over a finite time should create a rich data set for study that could prove once and for all that devices can track health. Read Mario’s story here.

One of the challenges of using Holter monitors to arrive an atrial fibrillation diagnosis is that irregular heart rhythms can take a long time to present and may not show up in the short recording periods With that in mind, researchers from Massachusetts General Hospital and cardiac care company Cardiologs used a trove of Holter recordings from six different diagnostic centers to develop an algorithm that could reliably predict A-fib at two weeks from the first 24 hours of recording. If confirmed by a prospective study, the research, published in the European Heart Journal – Digital Health, could lead to future systems that suggest which patients might need longer monitoring to confirm diagnosis.

Cost effectiveness studies — data that insurers rely on to set prices for drugs and devices — are more likely to demonstrate favorable cost effectiveness when sponsored by drug, medical device and biotechnology companies, a new analysis in BMJ finds. A third of studies sponsored by drug companies, for instance, pointed to better outcomes than independently-conducted studies. These typically use cost-effectiveness studies to justify higher prices for treatments.

Researchers analyzed more than 8,000 cost-effectiveness studies, a third of which were company-sponsored.

“The evidence strongly shows that sponsorship bias is significant in cost-effective analyses. The bias is systemic and exists, to vary(ing) degrees, across a wide range of diseases and study designs,” the researchers wrote.  STAT’s Ed Silverman has the full story.

Names in the news